There’s no Such Thing.

I do not believe so.

well I do believe that if you didn’t like a book,  it’s simply not for you, that doesn’t mean that it’s awful.

Someone out there, had a story in him, he sat down, and wrote it, he poured down his feelings, his love, his sadness into a book.

He had something to say, and he did!

he had the courage to actually write it down, and show it to the world.

So who am I to deny him this right?

Who am I to say that his baby is awful? cause his book is his baby.

which leads me to my point:

Don’t be harsh you guys,

You can easily point out a few points that would’ve been better if handled with another way, or approach.

And if you can’t write that? maybe just say that it simply wasn’t for you.

2 thoughts on “An aweful book, is there such thing?” 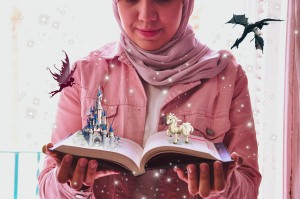